Ssekitooleko finally released, told to report next week at Police 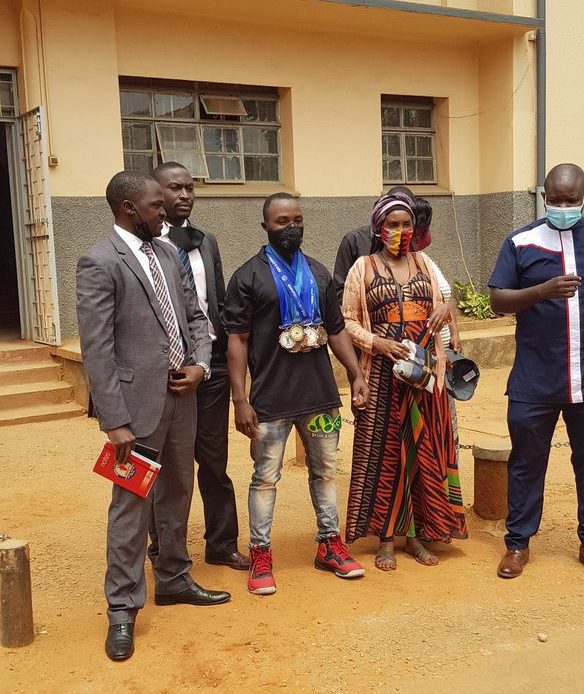 Ugandan weightlifter Julius Ssekitooleko has this afternoon been released on Police bond after spending five days in cells at Jinja Road police station.

According to the bond, Sekitooleko is charged with the offence of Conspiracy to defraud.

His lawyers who include; Anthony Wameri, Philip Munaabi and Geoffrey Turyamusiima say Ssekitooleko will report back to Police next week on August 4th 2021.

This comes after Munaabi through his lawyers of Wameli and Company Advocates petitioned the High Court civil division yesterday asking for Ssekitooleko’s immediate release claiming there were no justifiable reasons for the continued detention of Ssekitoleko at Jinja Road Police Station.

Meanwhile, Police through the CID Spokesperson, Charles Twine on Monday revealed that Ssekitooleko was being investigated on fraud charges after it was revealed that he was flown out to Japna without his knowledge that he had not qualified for the 2020 Tokyo Olympics.