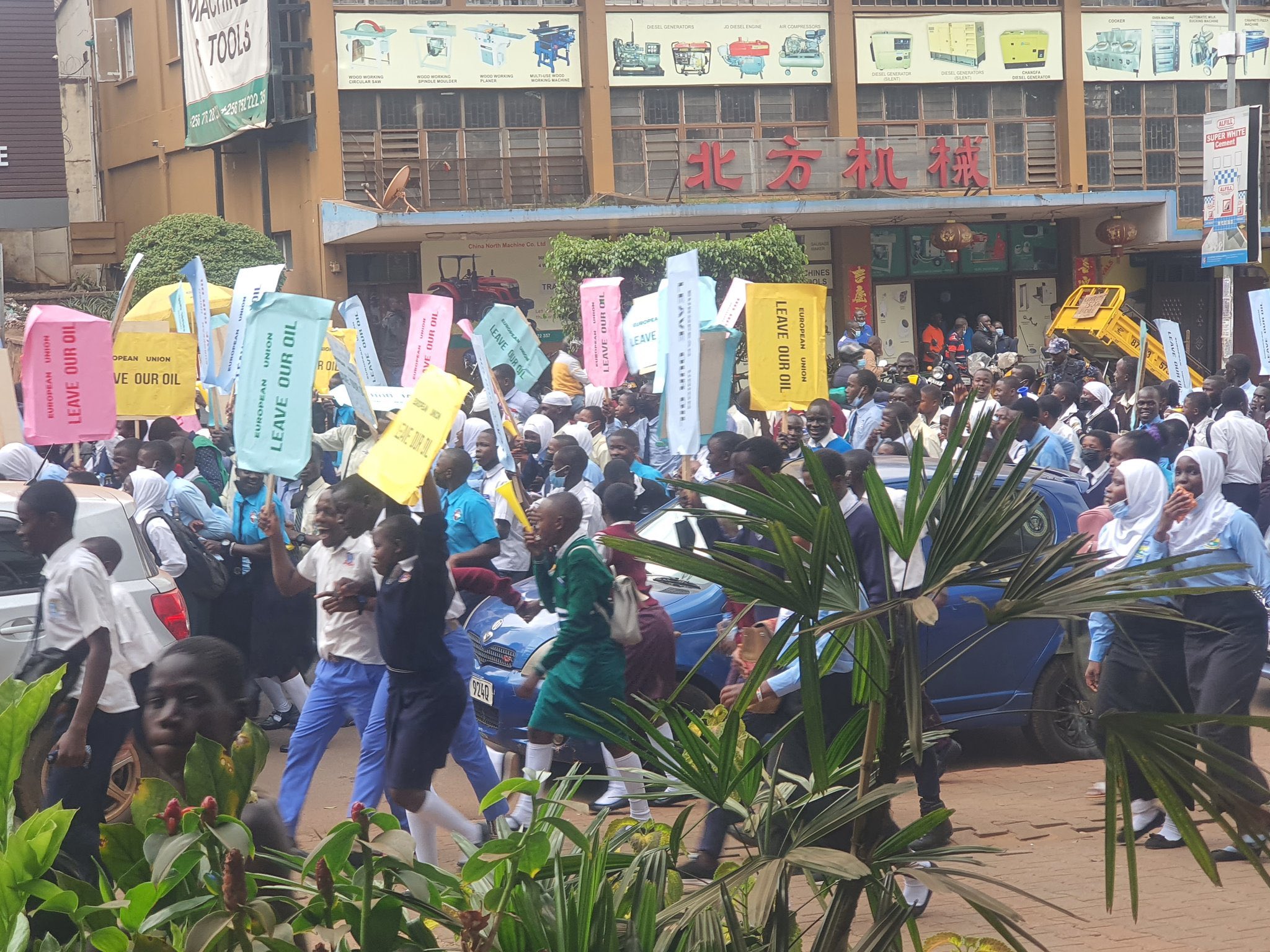 Students from secondary schools have protested the European Union (EU) parliament resolution on the Uganda-Tanzania oil project through their umbrella organization, the Uganda National Students Union.

The students marched through the city in their school uniforms, holding placards urging the EU to abandon Uganda’s oil.

This is the second demonstration following that of the activists held last week, still protesting against the EU resolution on the East African Crude Oil Pipeline (EACOP) in the country.

The EU parliament adopted the resolution on September 15, 2022 condemning human rights violations as well as major environmental and climate risks posed by the Tilenga and EACOP projects developed in Uganda and Tanzania by French oil major Total.

The EU Members of Parliament (MEPs) noted that over 100,000 people are being forcibly evicted to make way for this mega oil project, noting that they are being denied free use of their land – and thus their livelihood is affected– even before receiving compensation.

The resolution also condemns the persecution and intimidation of civil society organizations and human rights defenders who dare to criticize the project, recalling that several activists have been arbitrarily detained, prompting several UN Special Rapporteurs to issue no less than four joint communications on the subject in the last two years.

Posted: Friday 30th September 2022 06:39:50 AM
Next:
WHO attributes Ebola outbreak in Uganda to late detection