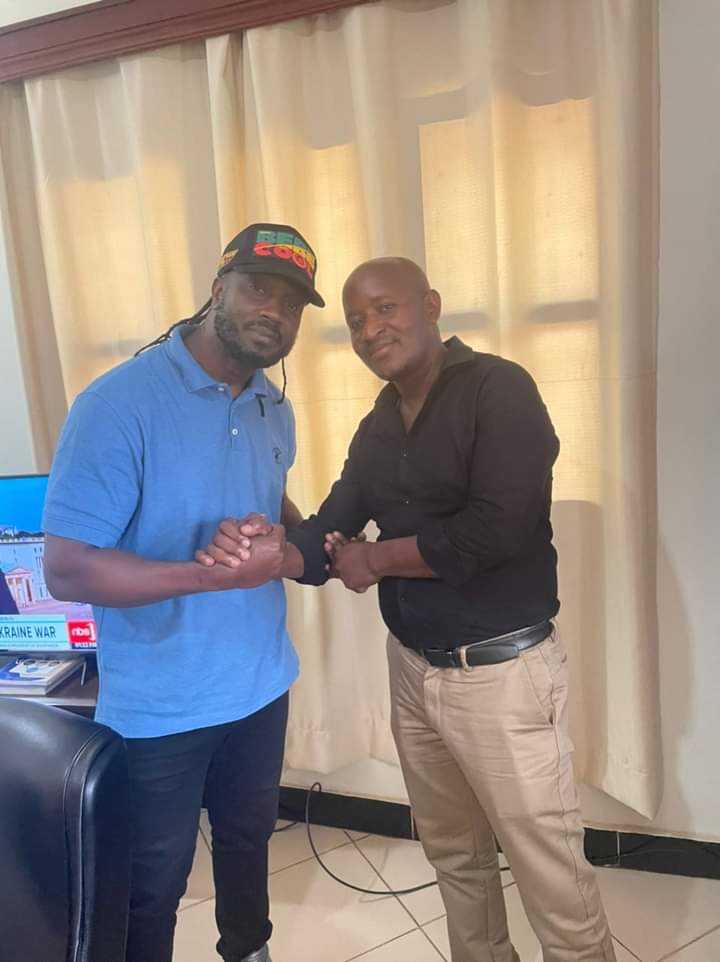 Police is investigating an alleged altercation between a popular artist Moses Ssali alias Bebe Cool and Captain Namara which occurred on the 19th of June in the parking yard of Peer lounge bar in Ntinda.

The conflict arose after a minor accident. Preliminary information gathered indicates that while trying to get parking at the bar, the officer brushed Bebe Cool’s vehicle which forced the latter to come out of the vehicle and a disagreement ensued.

According to the Deputy Spokesperson Kampala Metropolitan Area Luke Owoyesigyire they are reviewing the retrieved CCTV footage to establish whether a gun was drawn as alleged by Bebe Cool and the alleged physical exchange between the two parties which attracted friends.

Police has also reached out to the singer and obtained his account of events and Captain Namara whom they found at Gemini medical centre and as soon as he stabilizes, they will record his statement.

They have advised drivers to always be extra careful while reacting to traffic incidents as emotions can put one’s life in danger. Owoyesigyire says they have taken action against 6 officers who responded and further escalated the situation at Ntinda Police station.

They are currently detained at Railway Police.

Previous:
Lawyers representing one Judith Nakintu have warned the ministry of internal affairs against spreading lies against their client.