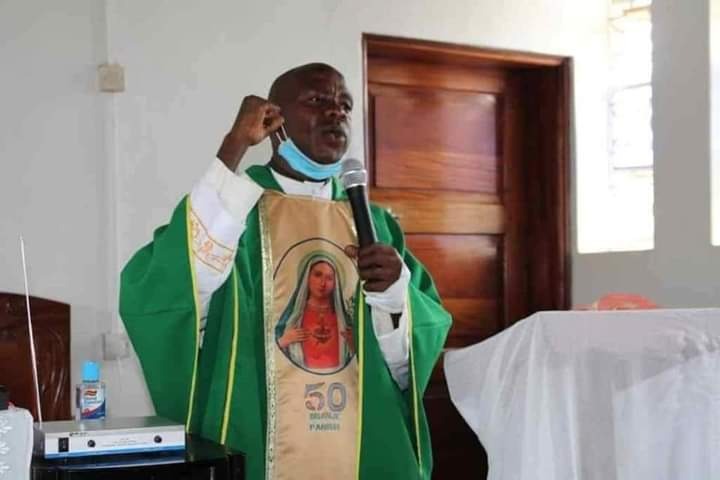 The investigation team of the Uganda Police Force in Masaka has dropped murder charges they had slapped against Fr. Richard Mugisha the Parish Priest of Bisanje in Masaka Diocese.

According to our reporter the officers called Fr. Mugisha’s lawyer Godfrey Lule in a closed discussion to the rest of the public including journalists and later the press was informed that the charges have been dropped because of lack of direct link of murder charges against Fr. Mugisha.

On the night of October 13, Ronald Kyeyune, 30,  a suspected thug,  reportedly broke into Fr Mugisha’s home at Bisanje Catholic Parish in Masaka City.

He allegedly gained entry into the home through the roof before breaking into Fr Mugisha’s car, a Toyota Harrier, that was parked outside the premises.

According to witnesses, Kyeyune was reportedly naked and had smeared motor vehicle oil all over his body. While inside the car, Kyeyune hooted several times, which prompted a female house help to wake up and walk towards the gate, thinking his boss (Fr Mugisha) had an emergency.

The honking didn’t only alert the house help, but also the village security squad that patrols the area. They quickly rushed to Fr Mugisha’s gate, got the suspect he was beaten but police which rescued him later informed the public that the suspect died as they transported him to the central police in Masaka.

Fr. Mugisha has informed the press that he was being flamed over the murder charges but he has been saved by God.