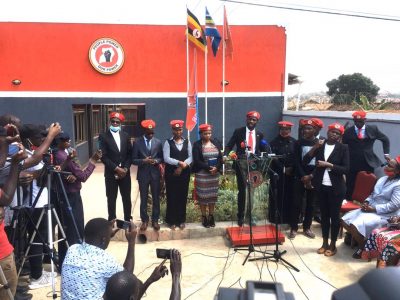 As camps and political parties map out ways of for the 2021 electoral process amidst the scientific campaigning, the People Power Pressure group of the Kyadondo East MP Robert Kyagulanyi a.k.a Bobi Wine has unveiled new members for the group.

Mama Sam, the new entrant to the People Power group has revealed that she will be contesting as a People Power candidate in the race for the Woman Councilor in Nansana 2A and 2B.

Kyagulanyi welcomed all the new members and urged them to spread the ‘gospel’ of change in their communities.