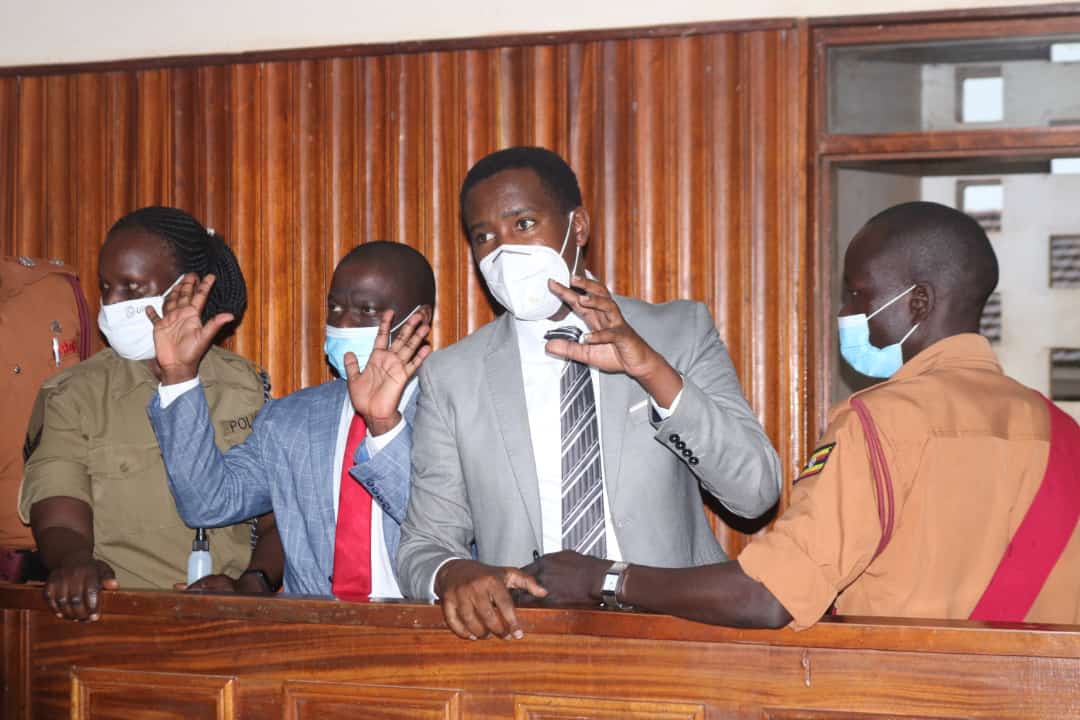 The Speaker of Parliament Jacob Oulanya has advised legislatures to stop misunderstanding and misinterpretation of their privilege rule while in parliament to avoid contradicting the constitution of Uganda.

This came after the Kiira Municipality Member of Parliament Ibrahim Semujju Nganda raised a matter of concern asking Oulanya to update the house on the status of the two arrested MPs, Allan Ssewanyana of Makindye West and Muhammad Ssegirinya of Kawempe North who were on Tuesday remanded to Kitalya prison on different criminal counts relating to killings in Masaka.

The Two were remanded until 15th of this month to re-appear in Masaka chief Magistrates court to answer to the charges.

In reply Oulanya said that parliament has no powers to influence the release of the MPs especially now that the matter is before courts of law.

It is from this that he has appealed to Mps to internalize the rules of parliament to know limitation of their privileges to avoid contradicting the constitution.

Meanwhile different Mps have also disagreed with the court ruling of yesterday saying it’s a regime political oppression to scare away opposition Mps especially those from NUP.