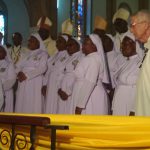 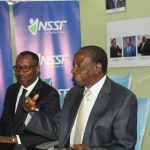 By; Our Reporter 5th Dec 2018 The National Organization of Trade Unions (NOTU) is involved in a conflict over its representation to the National Social Security Fund (NSSF) board. The 11th NSSF board composed of 8 members was inaugurated by Finance Minister Matia Kasaija yesterday without the two workers representatives from NOTU. According to Finance […] 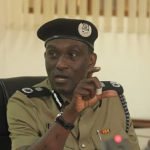 By; Our Reporter 5th Dec 2018 Police Chiefs within the East African Countries together with delegates from the International Police (Interpol), have met in Kampala and agreed to build a database to profile and disrupt terrorists entering the region, after fighting in foreign countries such as Iraq and Syria. The Inspector General of Police, Martins […] 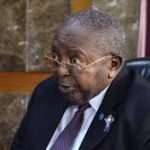 By; Charles Katabalwa 5th Dec 2018 Governor Bank of Uganda Emmanuel Tumusiime Mutebile has said that the Central Bank will maintain the rates at 10% due to improved inflation forecasts for the year ending October 2018. The Consumer Price Index data by Uganda Bureau of Standards (UBOS) indicates that inflation remained subdued with annual headline […]