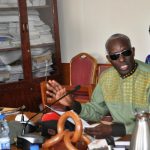 By; Francis Lubega   06th August 2019 The UPDF Historical General Elly Tumwine has interfaced with the Parliamentary Rules Committee where he has denied all the allegations leveled against him. Appearing for the second time in the committee over the alleged intimidation of Dokolo District woman MP Cecilia Ogwal and undermining the institute of parliament […] 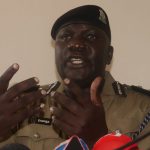 By; Ben Musanje 05th August 2019 Police have banned political party colours, bottles and any other objects that could be used to inflict harm in courts of law. This follows the Friday Court fracas when Buganda Road Court Grade One Magistrate Gradis Kamasanyu was delivering her sentence to the Makerere University Researcher and Social Media […] 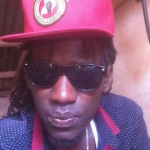 Kabaka orders clan heads to register their board of trustees, protect land 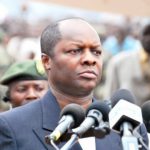 30th July 2019   By Olivia Nabaggala   His majesty, the Kabaka of Buganda Ronald Muwenda Mutebi II has directed all heads of clans within the Kingdom to register their affiliated board of trustees to protect the land.   Mutebi revealed this at the official headquarters of Ffumbe (African Civet) clan in Bakka in Busiro […]