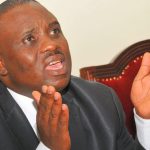 By Ben Musanje 8th Jan 2019 Kampala Capital City Authority (KCCA) Lord Mayor Erias Lukwago has declared 2019 a year with a call to Public Service Commission to come up with a substantive Executive Director for approval by the President as required by the law . In December last year, the Minister for Kampala Beti […] 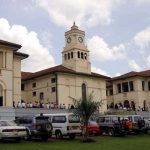 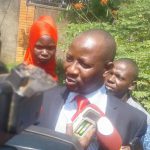 By Bizwan Kirunda 7th Jan 2019 The opposition Chief whip Ibrahim Ssemujju Nganda has written to the Speaker of parliament Rebecca Kadaga in disagreement over her decision to extend the term of the chairperson of the committee on commissions, statutory and state enterprises Abdul Katuntu. According to Ssemuju, extension of Katuntu’s term is null as […]

Njeru Municipality residents in fear over a listed of death 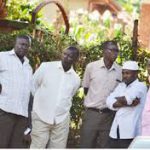 By Our Reporter 7th Jan 2019 An anonymous letter that was dropped at the home of the chairperson of Kyabaggu zone in Njeru Municipality, has thrown residents into panic. The letter lists names of five residents, among those targeted are politicians, leaders, and businessmen. Kyabaggu Zone Defense Secretary Wilson Ntale says that the letter which […]