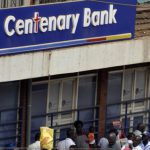 By; Charles Katabalwa/ Ben Musanje In a bid to have all customers access micro loans conveniently through the new CenteMobile Loans service on the CenteMobile banking platform, Centenary Bank has continued to provide opportunities for the general public to own accounts. Today, the country’s giant bank has camped at Nakawa Market to have hundreds of […] 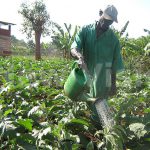 By; Ben Musanje Government is courting religious leaders to promote commercial farming across the country. The newly established partnership is to have all religious leaders use their respective pulpits to encourage followers to take up commercial farming to fight poverty. On Wednesday, the Ministry of Agriculture, Animal Industry and Fisheries Vincent Balungaki Ssempijja, led members […] 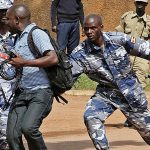 By; Charles Katabalwa The Ugandan Media is under continuous pressure especially from public officials and government to silence critical and independent voices, according to the European Union. This was contained in a joint EU statement delivered by the Danish Ambassador to Uganda, Mogens Pedersen during the World Press Day celebrations by Journalists at Kampala Railway […] 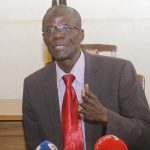 By; Charles Katabalwa Opposition political party, Justice Forum (JEEMA) has advised government to come up with specific laws for Muslims in the country since the existing ones seem to be against them. Addressing the media at JEEMA offices in Mengo –Rubaga division, the former Makindye Member of Parliament Hussein Kyanjo said that though Uganda has […]