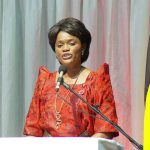 By; Olivia Nabaggala The Nabagereka Lady Sylivia Nagginda opened the first ever women discourse in Buganda Kingdom aimed at finding solutions to women challenges held at Hotel Africana.   In her remarks Nabagereka emphasized understanding of the family values to avoid marriage breakdown which is so rampant. She says women are the foundation of development […]

POLICE ON TENTERHOOKS OVER RESHUFFLES 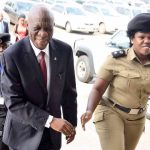 By; Charles Katablwa Inspector General of Police, Martins Okoth Ochola, has disbanded violent police crack unit, commonly known as the Flying Squad Unit (FSU). FSU commanded by Assistant Commissioner of Police (ACP), Herbert Muhangi, has been responsible for cracking down suspects in high profile cases. In his message to all directors and unit heads, IGP […]

LANDS MINISTER AMONG FINDS IT ROUGH BEFORE JUSTICE BAMUGEMEREIRE 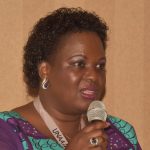 By; Ben Musanje The Minister of Lands, Housing and Urban Development Betty Amongi has been accused of influence through her office to allocate herself government properties.   The property under contention include land and buildings that formerly belonged to Indians that departed during President Iddi Amin’s regime, like plot 29 Kololo located along Acacia Avenue,Plot […] 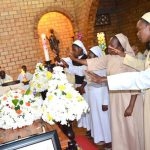 By; Ben Musanje/ Justine Nabbaale The Archbishop of Kampala Dr. Cyprian Kizito Lwanga has described the late Fr. Gerard Reynaert as ‘a wonderful priest with a clean heart of Christ’, Uganda has ever had. Fr. Reynaert, a priest of the Missionary Congregation of White Fathers which is also called as Missionaries of Africa, died of […]