PREPARATIONS FOR THE JUNE 3RD MARTYRS DAY ARE REALIZING FRUITS 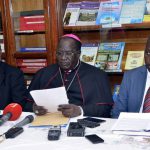 By; Jjunju Francis Barely Three weeks left for the June 3rd Martyrs day celebrations at Namugongo a number of institutions and companies have started to fulfill their pledges in support of the celebrations. Radio Sapientia is taking the lead in the provision of the Public Address System while soft drink companies Coca Cola and Pepsi […] 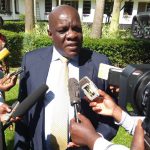 Ben Musanje   Government of Uganda has called on the regional member states of the Intergovernmental Authority on Development (IGAD) to handle the effects of environmental challenges seriously. The State Minister for Karamoja Moses Kizige says despite interventions, member countries like Uganda still witnesses devastating impact of climate change that have severe effect on people’s […]

LANDS MINISTER BETTY AMONG GRILLED IN THE LANDS COMMISSION 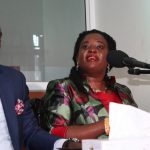 By; Ben Musanje Lands Minister Betty Amongi has for the second day faced it hard before Justice Catherine Bamugrmereire, in the Land Inquiry Commission over allegations of stealing the public buildings.   Bamugemereire presented documents pinning the minister for having acquired 5 buildings under the pretexts of her agents Henry Mubiru, as the director of […] 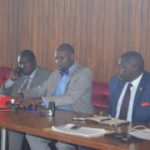