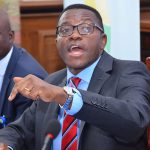 By; Olivia Nabaggala The Katikiro of Buganda Charles Peter Mayiga has decried the increasing murders in the country that are again targeting mostly women.   Mayiga while addressing the Buganda Lukiiko at Bulange Mengo said, government can’t keep silent over such acts, grounded explanation must be given and measures taken to address the problem. This […]

THE SITUATION IN UGANDA IS NOT BAD- GEN. TUMWINE 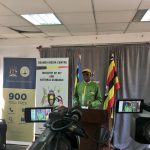 By; Charles Katabalwa The Security Minister Gen. Elly Tumwine has stated that despite the apparent murders in the country, the situation is not as bad as it is elsewhere. Gen. Tumwine while giving his ministerial account for the last two years of National Resistance Movement (NRM) in power at the media center says although they […] 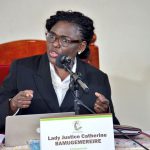 By; Ben Musanje The head of NRM Party Entrepreneur League Robert Mwesigwa Rukaari has been questioned over the UGX 4bn he received from the government’s Land Fund without a piece of land. It has been discovered by Justice Catherine Bamugemereire’s Land Inquiry Commission that Rukaari was first paid UGX 450 million in 2016, UGX 100m […] 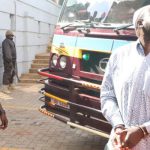 By; Charles Katabalwa The International Crimes Division (ICD) of the High Court has started the hearing of the high profile trial of Jamil Mukulu the rebel leader of the Allied Democratic Forces (ADF) Mukulu, who has been held at Luzira Prison, is charged with 34 others with one count of terrorism, seven counts of murder, […]