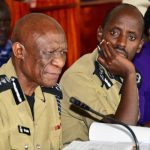 By; Francis Lubega Uganda Police Force (UPF) has revealed plans to cause an amendment in the 48 hour rule of detention. This was revealed during a meeting between the Member of Parliament (MPs) on the Human Rights Committee and a police delegation led by the State Minister for Internal Affairs, Mario Obiga Kania, the IGP, […] 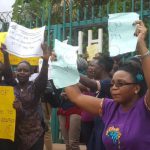 By; Ben Musanje Women activists under different Civil Society Organizations want government to audit private hospitals as one of the strategies to end the unnecessary deaths of mothers and newborns during pregnancy, childbirth and during postnatal. This comes after several women across the country continue to die from preventable complications such as severe bleeding, high […]

By; Peter Ssebulime Activists on Internet Freedoms in Uganda under the Unwanted Witness organization have vowed to sue the Uganda Communications Commission (UCC) and the National Identification and Registration Authority-NIRA over their failure to protect particulars of Ugandans that they claim have resulted into kidnaps and other crimes in the country. This has been disclosed by […]

MAN ARRESTED FOR IMPREGNATING HIS DAUGHTER 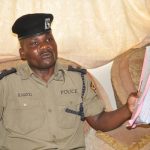 By; Ben Musanje   Police in Masaka is holding a 39year old man identified as Godfrey Kasujja over defiling and impregnating two under aged girls including his biological daughter. It is reported that that Kasujja kidnapped his own daughter from her grandmother’s residence at Kimbwa village in Masaka district and kept her in a single […]