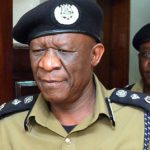 By; Jjunju Francis The Inspector General of Police Martine Okoth Ochola has attributed to the state of panic following the killing of former Arua Municipality MP Ibrahim Abiriga to negative political actors who are causing flight of the entire situation in the public. Addressing the state on the state of security affairs Ochola said Police […]

CHIEFS OF SECURITY FORCES SPEAK WITH HOPE ABOUT THE SECURITY 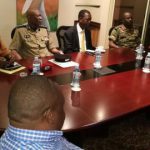 By; Jjunju Francis Security Chiefs in the country have all insisted on shared responsibility by both the security agencies and the public if the country is to be peaceful. In a joint discussion about the state of security affairs in country at Serena International Hotel in Kampala said although remarkable contributions have been made in […] 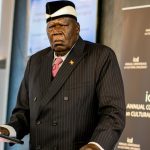 By; Ben Musanje The First Deputy Prime Minister General Moses Ali has retaliated that it will be difficult for government to hunt down murders once people cannot co-operate with it in this effort. Gen. Ali who was one of the special mourners at the burial of the slain Hon. Abiriga this afternoon emphasized his earlier […]

MPs are uncertain of their security 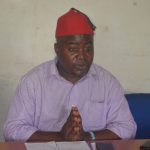 By; Francis Lubega Members of Parliament from both the ruling National Resistance Movement-NRM and the Opposition have expressed fear over their safety. Speaking to the Chairperson of the greater North parliamentary forum and also Mp from Gulu municipality on Democratic Party-DP ticket Lyandro Komakech, Kitigum municipality Mp Beatrice Anywar and Kapiribyong country Mp Julius Ochen, […]