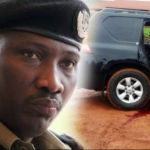 By; Our Reporter The Court of appeal Judge Christopher Madrama has adjourned to the 2nd of May the hearing of a petition filed by Sheikh Yunus Kamoga challenging high court ruling of life imprisonment. This followed the prayer from the state Attorney Lillian Omara seeking for more time to study the papers and files of […] 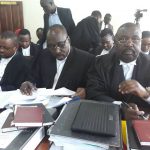 By; Our Reporter The government legal team led by the Attorney General Mwesigwa Rukutana has been probed at-length over emerging information that Parliaments decision to entrench the Presidential term limits is not reflected in the Constitutional Amendment Act 2017. Parliament in December last year passed the Constitution (Amendment) (No. 2) Bill, 2017, that among others […] 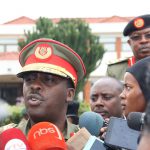 By; Bizwan Kirunda The Chief of Defense Forces Gen. David Muhoozi has defended the UPDF deployment in and outside parliament during the climax of the age limit debate. Soldiers suspected to be from the Special Forces Command which is part of the UPDF were seen in parliament roughing up legislators especially from the opposition as […] 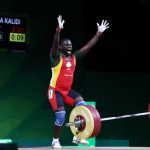 By; Bizwan Kirunda The two Ugandan weightlifters that disappeared during the just ended 2018 Gold Coast Commonwealth Games in Australia are still missing.  The team manager and also Assistant General Secretary of the National Council of Sports, Dr. Patrick Ogwel says they were set to leave Australia on Wednesday, but the two athletes Irene Kasuubo […]