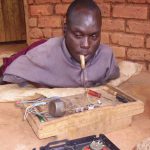 By; Bizwan Kirunda People living with disabilities have urged government to do more to ensure that those amongst them with required qualification are employed both in the public and private sector. The national Woman Member of Parliament representing People with Disabilities (PWDs), Safia Nalule says more should be done by government especially on ensuring that […] 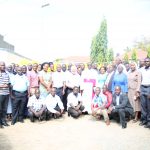 By; Francis Jjunju Catholic Communicators in Uganda have converged at Leosim Hotel in the Diocese of Nebbi for their annual Communication Week that is aimed at taking stock and account of their activities and responsibilities. The team of over 30 heads of various social communications departments and commissions at both national and diocesan level as […]

By; Ben Musanje Cabinet has approved a decision to increase the pay of Kampala Capital City Authority (KCCA) political leaders in the forthcoming financial year. The new payment scale will see the KCCA councilors who have been earning 3 million shillings and the Lord Mayor who has been on 12 million shillings per month get a 15% increment. The […]

COURT TO DECIDE SHEIKH KAMOGA’S BAIL APPLICATION ON MAY 18TH 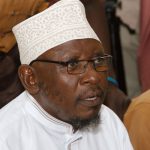 By; Charles Katabalwa Court of Appeal Justice Christopher Madrama has set May 18th 2018 as the day to give a ruling on the bail application filed by jailed Tabliq leader, Sheikh Yunus Kamoga. This morning, Justice Madrama started hearing submissions from both the state and Kamoga’s lawyers in a case in which he petitioned the […]