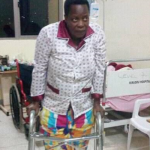 By; Charles Katabalwa Mukono Municipality MP, Betty Nambooze has been granted bail this afternoon giving her a chance to be flown to India to get treatment for her ailment. Nambooze was arrested on June 13 over remarks she made before and after the assassination of Arua municipality MP Ibrahim Abiriga and his brother Saidi Kongo […] 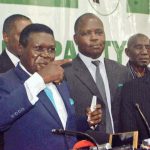 BAMUGEMEREIRE BLOCKS AWARD OF OVER UGX 600 BN IN COMPENSATION 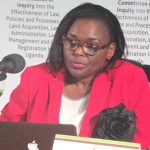 By; Ben Musanje The Commission of inquiry into land matters has directed the Finance Ministry to halt the payment of Shillings 100billion as compensation to claimant of a rock underneath the Isimba power dam construction site. The later dated June 26th stopping the payment planned for the financial year 2018/19 followed a complaint from Engineer […] 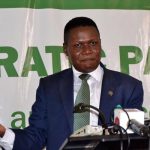 By; Our reporter The Democratic Party (DP) is said to have sought international intervention to force the release of Mukono Municipality MP, Betty Nambooze who they claim is under illegal detention. While responding to the press about the MP’s plight, Mao revealed that DP has been closely following Nambooze’s challenges stating with her arrest on […]