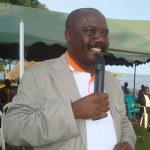 By; Our Reporter   High Court in Masaka through the assistant Registrar Beatrice Stella Atingu has halted the nomination and approval of a FIVE member new District Land Board (DLB) until a case challenging the appointment of another board is disposed off. The former chairman of the district land board Peter Ssenkungu, through his lawyers […] 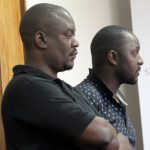 By; Ben Musanje Buganda road Magistrate Samuel Kagoda has remanded back to Luzira until 15th this month two MTN employees Nasser Kigenyi Nasser and Henry Magombe who are accused defrauding ministers and a member of parliament. The two appeared for mention before Buganda road court but the state attorney Nelly Asiku prayed for more time […] 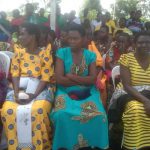 By; Francis Lubega President Yoweri Museveni has described men who beat their women as insensitive and weak who could not be welcomed in the society. He said this at the national women’s day celebrations held at Busuubizi Core Primary Teachers College (PTC) in Mityana District under the Theme; Empowering of Rural Women and Girls Opportunities […]

GENERAL KALE KAYIHURA’S RESHUFFLE IS THE TALK IN TOWN 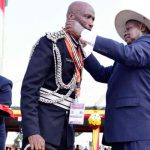 By; Jjunju Francis The unexpected reshuffle of the Inspector General of Police General Kale Kayihura continues to cause public opinion with many calling it a blindfold. President Museveni dropped General Kayihura and replaced him with his assistant Martin Okoth Ochola. A senior accountant in Kampala Lenard Ssekanjako says it would require a police officer who […]