Police detains two of its own for brutal shoot out 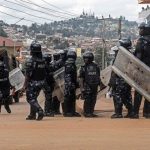 By; Ben Musanje Uganda Police force is investigates on 2 officers ;  copola Moshi Keffa and Molise Montayi over suspected attempted Murder of the one Samuel Ssekitoleko, a resident of Myanzi, Kasanda District during the yesterday’s  riots following reports that the health condition of their area MP Francis Zaake was deteriorating.  Inspector General of Police […] 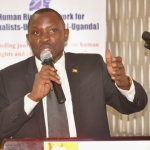 By; Ben Musanje Human Rights Network for Journalists in Uganda (HRNJ-U) has suspended its earlier planned demonstration against the arrest of journalists in Arua district ahead of the parliamentary by-election. This follows the earlier statement from the HRNJ-U Executive Director Robert Ssempala threatening to storm Gulu and Arua districts to ask for the immediate release […] 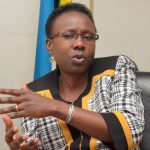 By; Ben Musanje Government through the Ministry of Health has revealed that the new Tuberculosis infections stands at over 89000 cases recorded every year compared to 60,000 HIV/AIDS cases. Addressing journalists after the launching of the National TB and Leprosy Programme National Annual Conference in Kampala, the Minister for Health Dr. Jane Ruth Aceng says […] 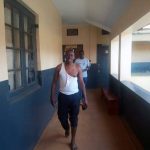 By; Francis Jjunju and Charles Katabalwa Two Journalists who went missing since last evening reportedly under the hands of the Police, Herbert Zziwa and his camera man Ronald Muwanga both of Nation Media in Uganda have been charged with inciting violence and malicious damage to properties before releasing them on bond. The two journalists say […]