Lawyers not happy with Judiciary of recent tortures 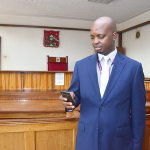 By; Charles Katabalwa Lawyers have faulted the Directorate of Public Prosecution for condoning torture by allowing tortured suspects to be arraigned in court. The lawyers under their group, Network of Public Interest Lawyers say the courts of law are not ensuring justice and have resorted to hearing cases of suspects with torture marks instead of […]

UPDF Apologises for the mayhem unleashed to journalist by its officers 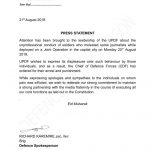 By; Our reporter The Chief of Defence Forces (CDF) Gen. David Muhoozi has ordered the arrest and punishment of soldiers who battered journalists during a Joint Operation on Kampala yesterday. The order comes a day after James Akena, a photographer working for Reuters news agency was beaten by UPDF soldiers, arrested and detained for several […] 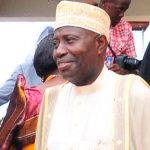 By; Francis Lubega and Sebulime Peter   Muslims clerics have called for peace and reconciliation if Uganda is to be peaceful.   Leading the Ed-Aduha prayers the clerics advised in relation to some riots have been experienced especially in Kampala over the brutality of the security agencies to civilians and members of Parliament who were […] 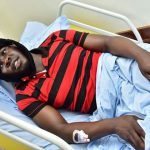 By; Olivia Nabbagala and Charles Katabalwa Activists under the pressure group, People Power have demanded on foreign powers to institute an International Commission of Inquiry into the violence, arrests, detention and torture of opposition Members of Parliament and their supporters during the Arua Municipality by-elections. MPs who include; Gerald Karuhanga, Paul Mwiru, Arua municipality MP-Elect […]