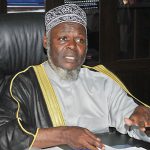 By; Ben Musanje The Mufti of Uganda Sheikh Shaban Ramadhan Mubajje has asked Ugandans to pray for the country in the wake of panga wielding men that are now cited in Bukomansimbi and Lwengo districts. Representing the Inter Religious Council of Uganda (IRCU) at the final sendoff of the late Archbishop of Church of Uganda […] 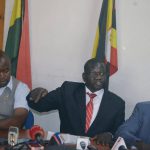 By; Charles Katabalwa The opposition Forum for Democracy change (FDC) has vowed to continue with their planned defiance campaign starting tomorrow in Kampala despite warning from Traders not dear to it. The party president Patrick Amuruiat Oboi told the press at their headquarters while launching a campaign aimed at isolating all Member of Parliament that […]

8 YOUTHS ARRESTED FOR PROTESTING AGAINST UNEMPLOYMENT 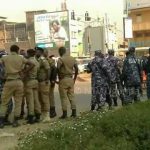 By; Olivia Nabaggala A group of 8 youths from Kawempe division have been arrested for protesting against the constitutional amendment Act 2017 which scrapped the presidential age limit. The youth activists believed to be members of Uganda Poor Youth Movement, a political pressure group aligned to the former prime minister, Amama Mbabazi blocked Bombo road […] 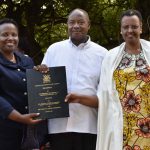 By; Charles Katabalwa President Museveni has ordered Makerere University to respond to the Visitation Committee report findings about the financial ills, suspected ghost staffing and use of outdated ICT system that has facilitated examination fraud and forgery students marks. The university yesterday announced it had appointed a taskforce to study the findings and recommendations of […]