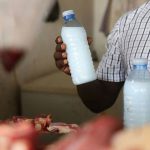 By; Our Reporter Kampala Capital City Authority (KCCA) council has blamed the technical wing for failing to monitor and regulate butchers, which has resulted into the sale of adulterated meat on the market. Last week, an operation led by the KCCA Public Health Directorate, Uganda National Bureau of Statistics, National Drug Authority and Ministry of […]

DRUG SHOPS IN KAMPALA TO BE PHASED OUT 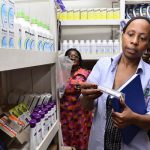 By; Charles Katabalwa The National Drug Authority-NDA has started phasing out drug shops from Kampala. In a press Conference at the Uganda Media Center, the Secretary NDA Dona Kusemererwa, said by 2017 there were 478 pharmacies licensed to operate in Kampala and each is expected to serve at least 3,172 going by the current population […] 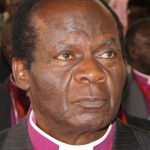 By; Ben Musanje It has been grieve and tears among hundreds of mourners while abiding a fare well to the former retired Archbishop of Church of Uganda Rt. Rev. Livingstone Mpalanyi Nkoyooyo at the Anglican Uganda Martyrs Shrine Namugongo this evening. Several dignitaries from different Religious denominations led by the Council of President of the […] 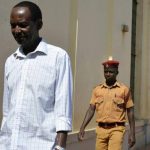 By; Charles Katabalwa The husband to the Minister of Trade, Industry and Cooperatives Amelia Kyambadde, Wilson Kyambadde has been released after completing his six months sentence to Luzira prisons over failure to pay a debt of over 1.1 billion shillings. Wilson Kyambadde was on July 10, last year committed to civil prison by the Deputy […]