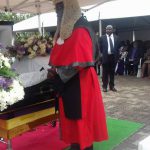 By; News room The members of the legal fraternity, the judiciary and various representatives from government have paid tribute to the former Deputy Chief justice Leticia Mukasa Kikonyongo for decades of her excellent service in the judiciary. At a ceremony held at High Court in Kampala, Chief Justice Bart Katureebe praised the deceased as the […] 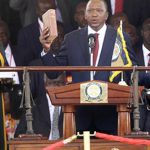 By; News room President Uhuru Kenyatta has warned public servant against wasting tax payer’s money. In his inaugural speech shortly after swearing in for the Second and Final 5 year term as president of Kenya at Kasarani Stadium in Nairobi Kenyatta said he will not tolerate bureaucracy because it denies Kenyans quality service delivery. Another […]

EC USED ALL THE ALLOCATED FUNDS ON THE SUSPENDED LOCAL COUNCIL POLLS. 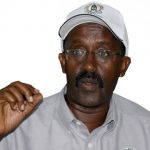 By; Ben Musanje The Electoral Commission (EC) has disclosed to have utilized UGX 9.64 Billion out of a total of UGX 15.6 Billion allocated for the organization of local Council and women committee elections. The EC Secretary Sam Rwakoojo explained to journalists at their headquarters at Jinja road that the balance of UGX 6.26 Billion […] 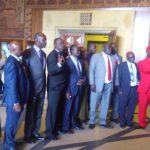 By; Francis Lubega Members of Parliament opposed to the proposal to lift the presidential age limit from the constitution have boycotted parliament sitting today pending an explanation on the September 27 invasion of parliament.   The group consisting mainly of opposition and liberal NRM legislators stormed out of the house when they noticed that the […]