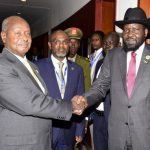 By; Our Reporter Trade between Uganda and South Sudan is gradually improving and getting stronger, according to traders engaged in the cross-border trade. Before the spate of violence broke out in 2015, South Sudan had emerged as Uganda’s biggest trading partner, with trade volumes worth over 400 million US Dollars, overtaking Kenya and India. But […] 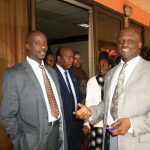 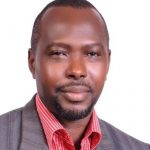 By; Our Reporter Police have arrested five suspects alleged to have been part of an armed robbers’ group that attacked the home of a Business Consultant Henry Kanywamusai in Lweza, along the Kampala- Entebbe highway and tortured him to death. Preliminary findings indicate that a group of six young men entered Kanywamusai home at around […]

FDC to investigate on assassinations- Amuriat 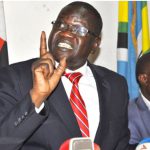 By; Charles Katabalwa The Opposition Forum for Democratic Change (FDC) wants evidence from President Yoweri Museveni accusing opposition parties and their members of seeking funds from the foreign countries to taint Uganda’s image to be prevailed. FDC President Eng. Patrick Obi Amuriat says the president’s assertions are aimed at finding reasons to oppress the voice […]