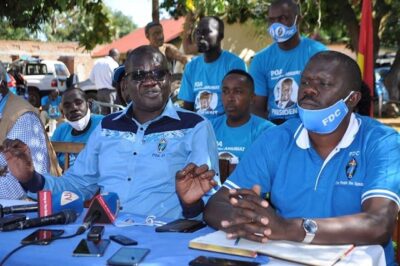 He says they should remain focused.

He was addressing a rally in Kapeeka town, where he also implored parents to ask their children in the security forces to act humanely.

The NRM’s candidate Yoweri Museveni is in Kumi, FDC candidate Patrick Amuriat Oboi is in Madi, and Henry Tumukunde is in Bunyoro region .

Yesterday he was in Kakumiro, Kibale, Kagadi and today he is in Hoima city, Hoima district, and Kikuube district.

After completing day 11yesterday,Tumukunde says the day moved on well  although there are still some points where police and Army is still blocking him from reaching without giving reasons.

This has continued to worry him saying the Army and police are not supposed to be partisan especially in the electioneering process.

Tumukunde in his journey promised to improve the education sector, health sector, agriculture sector and land grabbing issues that are still affecting people of this region.