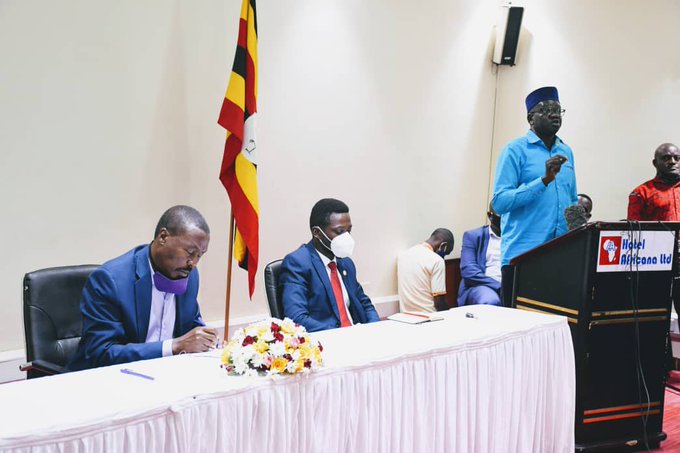 In his address Mugisha Muntu noted that they are planning to have a meeting with Electoral Commission about the number of pronouncements they are coming up with that are not in line with the electoral laws.

In his remarks Robert Kyagulanyi Ssentamu has reported that this morning the army raided his home and arrested is security personnel and anyone they could see around at his premises without any reason and taken to unknown destination, which he has described as a matter of intimidation.

Rt. Col Dr. Kizza Besigye who also attended the briefing encouraged Ugandans to turn up in large numbers to vote that if they did so president Museveni will not score 50% required to be declared a winner.