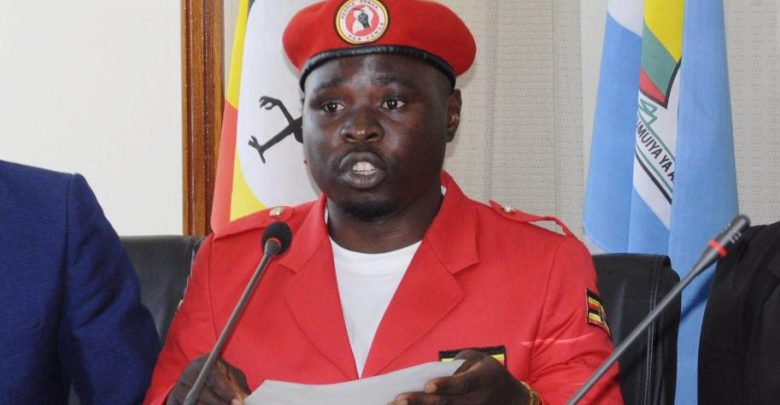 This followed a report by the Rules, Privileges and Discipline Committee of Parliament sanctioned by the deputy speaker of speaker Annet Anita Among to probe how Hon. Zaake abused her personality after a complaint raised by the Bardege-Layibi Division MP, Martin Ojara Mapenduzi with intention to remove Zaake from the parliamentary commission over abusive tweets that was in breach of the rule on public trust and confidence under the Code of Conduct of MPs.

In his post, made on February 9, Zaake, said the committee had a dishonest person who lacked “intelligential prowess.”

155 members voted in favour,4 were against and 2 were invalided votes  out of 161 members  who participated in the voting following an amendment brought by Rukiga county mp Roland Ndyomugyenyi   who stated that Zaake be relieved of the duties as a commissioner of parliament  to safeguard the sanctity of parliament.

Before the vote, Butambala Woman MP Aisha Kabanda also tabled a minority report in which a section of Opposition MPs recommended reconciliation between the parties involved in the matter for smooth running of Parliament and avoidance of unnecessary tension but her plea did not yield results.

The Leader of the Opposition asked the House to specifically process the recommendations in the Committee report rather than be driven by emotions. He said that this would create harmony among the MPs since they are to work together for the next five years but a number of NRM MPs rejected it subjecting the exercise to a vote.

In a sitting presided over by the Deputy Speaker Anita Among Zaake ceased to be a Commissioner of Parliament and he was ordered to appear before  Parliament within one week to offer an apology.

Some opposition MPs led by the leader of opposition Mathias Mpuuga stormed out of parliament in protest and Zaake was absent in the entire process, However some of the FDC and independent members of parliament stayed in to participate in voting.

The parliamentary Commission is composed of the Speaker as chair, and also has the Deputy Speaker (Anita Among), the Prime Minister, Robinah Nabbanja), the Leader of Opposition (Mathias Mpuuga), the Government Chief Whip (Thomas Tayebwa), and Finance Minister (Matia Kasaija)

Previous:
President Museveni should make a pronouncement on herbal remedy against Diabetes & Cancer