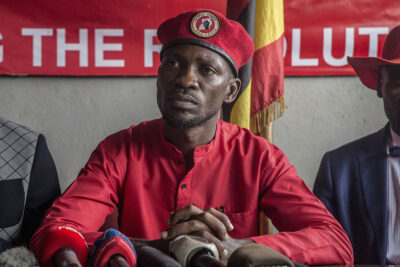 The judgment in the matter where two members of National Unity Reconciliation and Development Party –NURP dragged to court, its founder, Moses Nkonge Kibalama and National Unity platform leaders seeking for court to declare all changes in both parties illegal has been deferred.

According to the Judiciary spokesperson Jameson Karemani the judgment was not yet ready thus another day will be communicated on which it will be due most probably next week.

The two applicants who are NURP members that is Difas Basile and Hassan Twala in their filing claim that changing the party name to National Unity Platform, leadership from Nkonge Kibalama to Kyagulanyi, party colours, logos and change of list of founder members and subscribers was unlawful since it didn’t follow the party constitution.

The duo also says that handing over of the leadership to Kyagulanyi following an illegal extraordinary delegates conference attended by only 51 members during the Coronavirus lockdown was illegal thus  want court to issue an order to declare all changes illegal and the party returned to the rightful members.

Posted: Saturday 17th October 2020 06:57:44 AM
Next:
Only 8 Presidential Candidates submit the required signatures.

Previous:
Candidates vow to serve after Nominations for MP slots.