Nominations for MPs closed by the Electoral Commission. 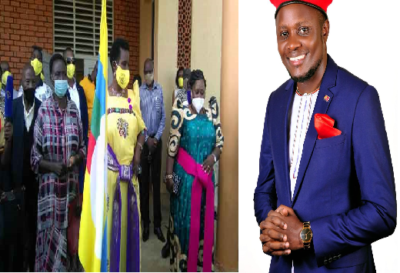 Nominations for the parliamentary aspiring candidates conducted by the National Electoral Commission have ended today.

The two day exercise has taken place at the district head offices including Kampala nominations were conducted at the EC district offices located in Ntinda. By the end of the day close to 90 aspirants had been cleared to contest for parliamentary positions in Kampala and in the entire country the numbers are believed to have hit a record above 1500. Each candidate had to first pay three million shs and 10 signatures from his constituency.

Among the big shots nominated today include The Minister of Trade and Industry Minister, Amelia Kyambadde together with her challenger a musician Hillary Kiyaga ‘Dr. Hilderman’ and two others have today been  nominated to contest for Mawokota North Constituency MP seat in Mpigi district.

Kyambadde who was elected unopposed to hold the NRM flag says that entrusting her with the NRM party flag without anyone contesting against her is  testimony that she has so far served the people of Mawokota North to their satisfaction which she intends to continue doing.

She made it clear that once voted back she will focus on improving the livelihoods and income generating activities on the side of the youth, a task she says she has already embarked on. She also said she will help to extend electricity to the remaining 90 villages out of the 193 that are in the constituency and fighting for the extension of piped water to the rural areas.

Others nominated today are Jakana Nadduli Sulaiman, the son of former Minister Al-Haji Abdul Nadduli who failed to be nominated to contest for the Nakaseke Central MP seat yesterday because of disparity in his names those in his national ID and on the academic documents but after swearing an affidavit and a deed poll he has been dully nominated at Nakaseke by the EC official Mike Jjuuko.

Sulaiman will now contest against Allan Mayanja of the National Unity Platform-NUP party and the incumbent MP Syda Bbumba.

In Busiro East incumbent MP Medard Lubega Sseggona, is to face tough time with his challengers Charles Ggala DP says Ssegona would have been a good person and a debater who enjoys national wide support but has failed to get in touch with the concerns of the local people.

Another candidate also nominated today, Alliance for National Transformation’s Hamida Nassimbwa said that the reason she has come out to challenge Sseggona is because his constituents felt left out.

For Charles Magoola, Matovu the FDC flag bearer who narrowly lost to Sseggona in the 2016 elections said it’s disingenuous to say that an MP should only talk. He said in his understanding, an MP should help his or her people in the fight against poverty to improve house hold incomes.