Nobody can force me out of election petition – CJ Owinyi-Dollo 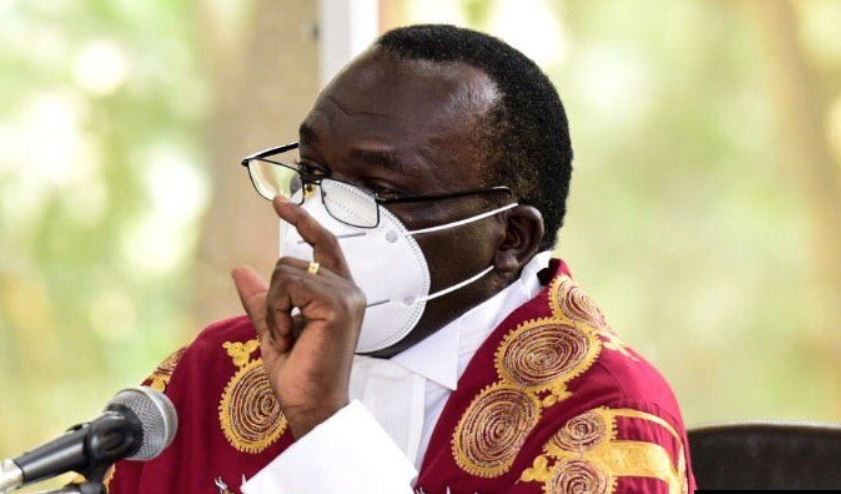 Chief Justice Alphonse Owinyi-Dollo has said that the Supreme Court which he heads will not be intimidated by anybody while going about its business of determining the presidential election petition.

At the beginning of this month, Robert Kyagulanyi Ssentamu, the former National Unity Platform presidential candidate filed a petition in the Supreme Court challenging the election of President Museveni. The petition is being heard by nine Justices.

However, on Tuesday while addressing a press conference at his office in Kampala, Kyagulanyi said he has no confidence in three of the Justices because of their previous relationship with President Yoweri Museveni.

The three include Owinyi-Dollo, Mike Chibita and Ezekiel Muhanguzi, whom he said is a close relative of the minister of Security Elly Tumwine.

In today’s sitting to hear an application in which Kyagulanyi wants the court to admit over 150 affidavits which were rejected last week for being filed out of time,, Attorney General William Byaruhanga first complained to the court about what he called the intimidation of the Justices by Kyagulanyi.

In response, Medard Lubega Sseggona who is the lead counsel for Kyagulanyi said he didn’t have any instructions for the said judges to recuse themselves; they respect and know that their case should be in the hands of the courts.

In response Owiny-Dollo said whatever is circulating in the public will have no bearing on how the court will determine the case. He said as a judicial officer they swore an oath to serve justice to all people and Kyagulanyi should not think of intimidating court.