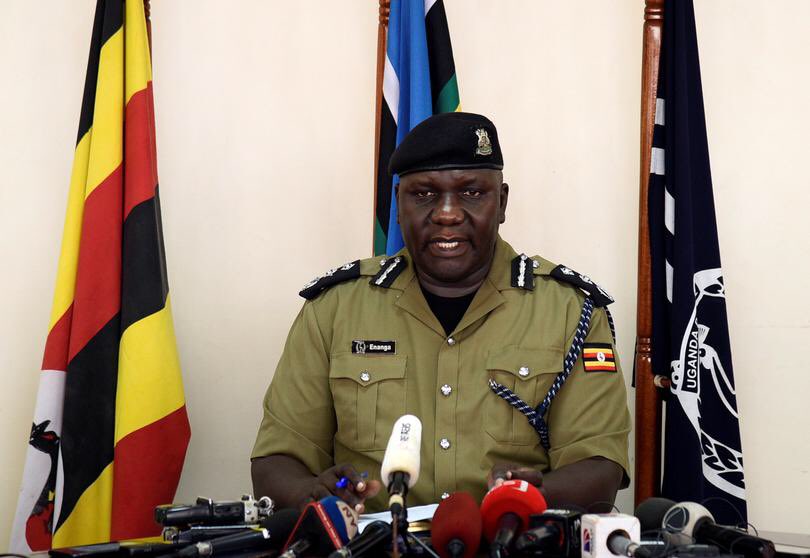 The Uganda Police Force has clarified that no suspects have been arrested yet in connection to the attempted murder of the former Inspector General of Police (IGP) Gen. Edward Katumba Wamala and the double murder of his daughter Brenda Nantongo and driver Haruna Kayondo as reports on social media and in some main stream media allege.

The former Army Chief of Defence Forces (CDF) and also ex-Minister for Works and Transport, Gen. Katumba was attacked last week on Tuesday by unknown gunmen on two motorcycles along Kisota -Kisasi Road in Kampala who shot at his vehicles he was traveling in and injured him, leaving his daughter Brendah Nantongo and driver Haruna Kayondo dead.

Fred Enanga, the Police Spokesperson says that they have only identified few persons of interest that could be having information related to the incident and could help in investigations but these are not suspects.

He further says that they have done forensics analysis on the cartridges and bullets which they removed from the crime scene as thei investigative teams on this case which includes specialists from Criminal Intelligence Directorate (CID), Special Force Command (SFC) and the Joint Anti-Terrorism Task Force (JATT) among others continue to do their best to identify the culprits in the ongoing investigations.

He however says that they have recorded useful statements from eye witnesses and appealed to the public to remain calms as they do their investigations.