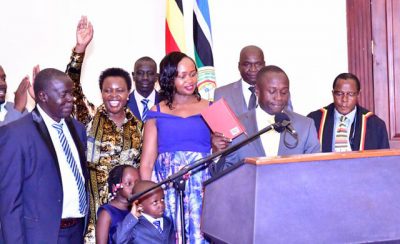 The eight newly appointed ministers have sworn in before President Yoweri Museveni this morning at state house Entebbe.

The eight who were appointed by mid December 2019 were vetted and approved by the parliamentary vetting committee chaired by the speaker of parliament Rebecca Kadaga.