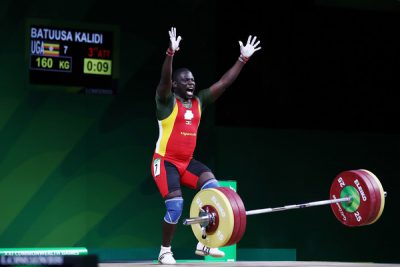 The two Ugandan weightlifters that disappeared during the just ended 2018 Gold Coast Commonwealth Games in Australia are still missing.

The team manager and also Assistant General Secretary of the National Council of Sports, Dr. Patrick Ogwel says they were set to leave Australia on Wednesday, but the two athletes Irene Kasuubo and Kalidi Batuusa have not yet showed up.

Ogwel adds that although they still don’t know where the two vanished to, they have alerted authorities in Australia about the whole situation.

The State Minister for Sports, Charles Bakkabulindi who was also in Australia for the Games says that he’s still waiting for a report from the team officials on how the athletes disappeared adding that such incidents give the country a bad image.

Bakkabulindi asked the two athletes to return to Uganda as soon as possible before their visas expire next month or they might be shut out from representing Uganda again.