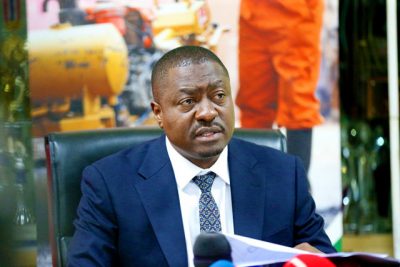 He validates the time from Dec 18th 2018 to Dec 18th 2019, where Kitaka served as Acting KCCA Executive Director following the resignation of his predecessor, Jennifer Musisi.

He continued to serve in the same capacity exceeding six months provided for in the Public Service Standing Orders for one to serve in acting capacity.

The second directive extends the Acting appointment of Kitaka for a period of six months from Dec 18th 2019 to June 18th, 2020, however in the third directives Museveni says that incase a substantive Executive Director is appointed before the six months expire, Kitaka’s tenure shall automatically elapses.

The letter was presented by the Lord Mayor Erias Lukwago to the council sitting today as they discussed the KCCA budget that will be presented to parliament tomorrow.

Meanwhile, Kampala Capital City Authority needs a supplementary budget of 8.5bn shillings within four months from now to carter for the KCCA Amendment Act that was gazetted on Monday.

The KCCA amendment Act creates the office of the speaker, Deputy Speaker plus five Executive Selected Committees and the supplementary budget will cater for their administrative expenses and political leaders and these are wages and allowances, vehicle procurement, Fuel and office improvement