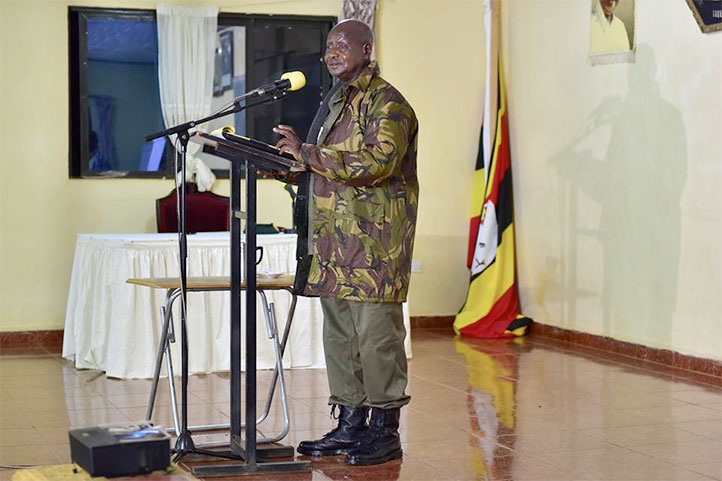 In his address at the official opening of the retreat for newly elected Members of Parliament at the National Leadership Institute (NALI) in Kyankwanzi, Museveni said whereas government put in place a number of programs for the benefit of people, leaders have failed to implement them, leaving the population frustrated.

Museveni, who is also the NRM chairperson, said the ruling party MPs should know their mission but also find ways of achieving it. Government has implemented a number of programs including Universal Primary Education -UPE and Universal Secondary Education to support social transformation but many are taking them for granted.

He warned the legislators against wasting time in public relations instead of working for their voters and identifie issues that affect the masses and address them practically.

A total of 243 newly elected NRM MPs plus the 27 Central Executive Committee members and those from the East African Legislative Assembly are attending the three week retreat aimed at helping the new MPs grasp the NRM ideology in line to social economic transformation, the party Secretary General, Justine Kasule Lumumba said.