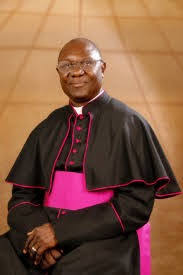 The Deputy Vicar General Kampala Archdiocese Msgr. Lawrence Ssemusu has asked Parliament to address the issue of forgeries in academic transcripts that is frequently reported in among the lawmakers especially in court.

He said this while delivering his key note address at a multi-denominational Ecumenical mass for the opening of the Second Annual Public Parliamentary week today at Parliament which will last until Thursday, January 25th under the theme “Parliament the Voice of the People”.

However, launching the departmental and bank exhibitions and the Corporate Social Responsibility (CSR) drive at the same function, the Speaker of Parliament Rebecca Kadaga acknowledged the problem of forgeries of academic transcripts among Ugandans hence called on government to be keen on public office offices’ appointments

She adds that Nasser and Nkrumah Roads which are said to be printing forged academic documents Kampala to be investigated to avoid the production of fake professionals like doctors, engineers, teacher and lawyers among others.

Kadaga emphasizes that Parliamentary Committee on Ministerial Appointments will continue vet out all public servants that will be found with forged academic documents.

The Dokolo Woman Member of Parliament Cecilia Ogwal who led the prayer requests prayed for forgiveness on behalf of Parliament over the chaotic incidents of 26th and 27th September last year.