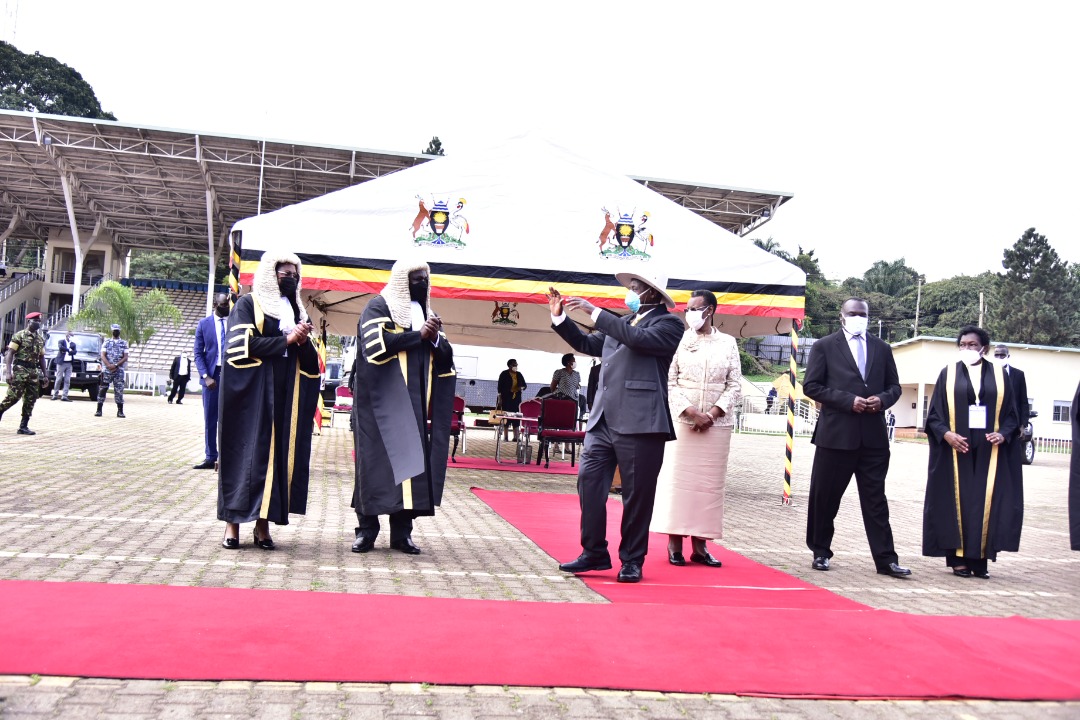 There was a slight tension among the Members of Parliament after some of the legislatures failed to get their Covid-19 test results which was one the requirements for attending the Thursday parliamentary proceedings at Kololo independence ground.

Given that the proceedings had a session of reading the National Budget for the next financial year 2021/2022, President Yoweri Museveni was expected to attend and it was mandatory for every participant to test for Covid-19.

The drama started when some of the MPs missed their results which meant that they couldn’t access the venue.

This is prompted the Jinja South Division West Member of Parliament in Jinja City Timothy Batuwa Lusala to raise a procedural matter on the continued blocking of MPs after discovering that some of the legislatures had been blocked from accessing Kololo ceremonial grounds yet it had been declared as a parliament.

Batuwa informed the Speaker of Parliament Jacob Oulanyah that it was unfair to deny Members of parliament accessing parliament just for lack of negative COVID-19 test results.

Batuwa was supported by other MPs who included Joseph Sewungu, Santa Alum, Cecilia Ogwal who asked the Speaker to set up a special tent for MPs who by then had not received their Covid-19 test results like it was during the Speakership and deputy speakership election, instead of keeping them out.

However, the Speaker of Parliament Jacob Oulanyah later directed the Clerk to parliament to set up a special tent for MPs who had not received their COVID-19 results to enable them follow the parliamentary proceedings.