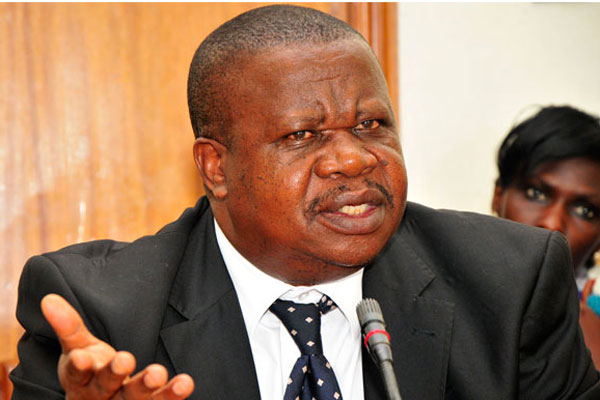 The parliamentary Forum on Social Protection has asked the government to scrap off and also avoid introducing new fees for renewing and acquiring the National Identity Cards- IDs.

According to the documents presented by the Minister for Internal Affairs Gen Kahinda Otafiire before the Parliamentary Defense and Internal Affairs committee early this month, fees for replacement and change of ID particulars to Shs200,000 up from Shs50,000.

Addressing journalists at parliament in commemoration of the World Elderly Day due on Saturday 30th Sept 2022, the forum’s chairperson Flavia Kabahenda says such charges have hindered the elderly persons from accessing their social protection fund from banks being that one is required to have a NIN number.

She also challenged government to explain the discriminatory charges on issuing birth and death certificates yet the young and dead do not work.

It’s from here that the forum urges the government also to scrap off charges on both certificates as it is on free national ID and also relocate the head offices of National Identification Registration Authority from Kololo to ease access.

They are also suggesting that the age of accessing the social protection fund be reduced from 80 to 65 year of age being that few people clock age of 80.

The celebrations for tomorrow’s elderly day will be celebrated in Nebbi under the theme, “Resilience of older person’s in changing the world” and the guest of honor will be H.E Yoweri Museveni.