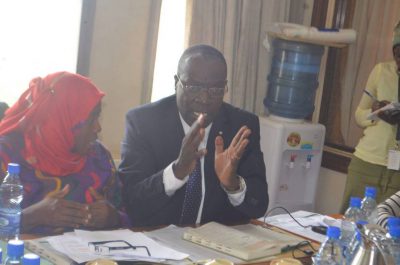 The Parliamentary Committee on Health has directed for the suspension of the Hepatitis B vaccination in private clinics and hospitals.

This follows reports by the National Drug Authority (NDA) that a number fake Hepatitis B Vaccine and drugs were on sale.

The directive came through the Committee chairman also Bukuya County MP Michael Bukenya during an interface with officials from NDA led by the Board Chair Dr. Medard Bitekyerezo who had appeared to answer a number of queries on the operations within the Authority.

Some of the committee members who include; Kasambya county MP Gaffa Mbwatekamwa, Geoffrey Macho of Busia County and Baseke Fred of Ntenjeru south pinned the Authority for failure to monitor and control entry of drugs believing that there could be connivance with suppliers to let in fake drugs that put lives of Ugandans at risk.

The chairperson of the board of NDA Dr. Bitekyerezo admitted weaknesses within the authority but said it was not enough ground to cause suspension of the vaccination exercise of Hepatitis B in the whole country.

The MPs also through Ntenjeru South Fred Baseke vowed to defend Ugandans who are said to be sidelined in the ongoing issuance of operational licenses to pharmacies by NDA mainly favoring foreigners.

Previous:
EC CONFIRMS THE ARRIVAL OF VOTING MATERIALS IN JINJA