MPs describe carrying of an awkward gift to the speaker a Mafia game. 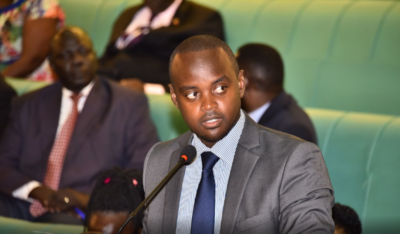 A Section of Members of Parliament is confused over yesterday’s incident where a youth carried a head of a juvenile rapped well calling it a gift for the speaker of parliament Rebecca Kadaga.

Joseph Nuashaba 22, from Bushenyi district was intercepted at the parliamentary gates with his said gift he was carrying to the speaker of parliament and is currently under interrogation at the CIID.

Speaking to Western Youth Mp Mwine Mpaka, he said the act was an attack and an embarrassing to the person of a speaker thus calling on police to urgently investigate the motive and apprehend al the culprits behind it.

Meanwhile to Nakaseke south Mp Paul Lutamaguzi says this was aimed at intimidating Kadaga who is fighting Mafias in government and even those who do not want her to return in the 11th parliament as a speaker.