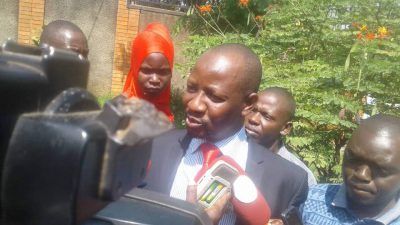 The opposition Chief whip Ibrahim Ssemujju Nganda has written to the Speaker of parliament Rebecca Kadaga in disagreement over her decision to extend the term of the chairperson of the committee on commissions, statutory and state enterprises Abdul Katuntu.

According to Ssemuju, extension of Katuntu’s term is null as per the parliamentary rules.

The Kira Municipality Member of Parliament explains that the speaker can only employ parliamentary rule 206 that allows the committee to appoint somebody to help them in case of any matter but not to extent the term of a select committee.

This come at a time when Kadaga has already ruled for Kantuntu to serve until the investigations into the closure of several commercial banks by the Central Bank are completed which is rejected by the leader of opposition Betty Aol Ochan.

Previous:
Njeru Municipality residents in fear over a listed of death