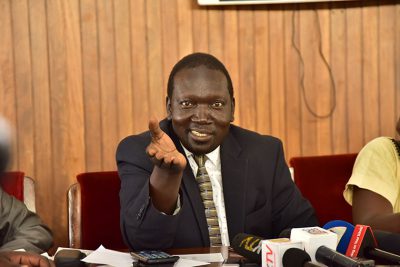 Majinya County Member of Parliament, John Baptist Nambeshe has asked government to consider allocations for the resettlement of people of Bududa district who recently survived landslides.

Over 2000 residents displaced by landslides in the different villages of Bududa Sub County in Bududa District were reported to have sought refuge in the nearby schools, churches and trading centers.

While presenting a matter of national importance before parliament chaired by the deputy speaker, Jacob Oulanyah, Nambeshe said that ever since the tragedy, no efforts have been made from government and people have resorted to seeking refuge in the nearby churches and schools.

In reply, the Government Chief Whip Ruth Nankabirwa says that priority should be put to offering relief to the affected people as other issues are being worked on.