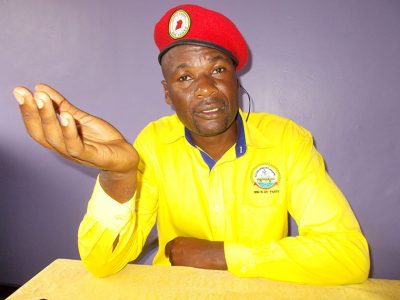 Kasambya County Member of Parliament Gaffa Mbwatekamwa, who is the motion mover of censoring the Minister for Security General Elly Tumwine has raised concern of intimidation threats from the General.

Mbwatekamwa further alleges that even Tuesday, one of the General’s daughters was at parliament taking photos of those who were signing on the list.

Gen. Tumwines censor motion arose after a report implicating him of stopping MPs who were assigned to visit all safe houses in Kampala claimed to be torture centers, refusing the director of Internal Security Organization (ISO) Colonel Kaka Bagyenda from appearing before the committee of parliament and also violating human rights.

Apparently the censor motions needs 142 signatures to seal off Gen Tumwine from the position of a minister.