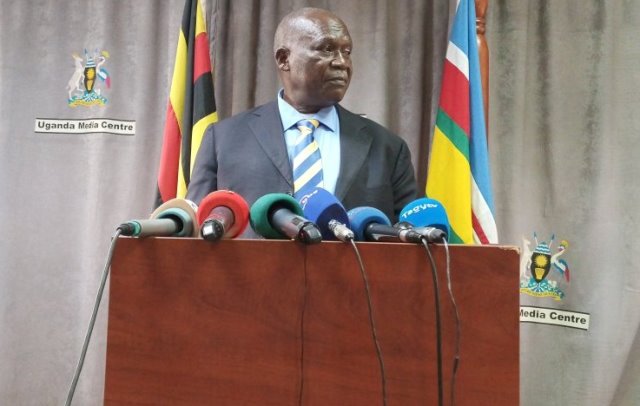 The Ministry of Public Service has directed all the striking health workers to return to their duties with immediate effect of Monday, May 30 or risk losing jobs.

Thousands of Allied Health Workers who comprise of Laboratory Technicians, Pharmacists, Clinical Officers, dentists, environmental health officers and occupational therapists among others under their body, the Uganda Allied Health Professionals Association went on strike last week after the expiry of the 21- day ultimatum they gave the government to look into their demand for salary increment.

Wilson Mululi Mukasa, the Minister for Public Service says that the striking health workers who will fail to return on Monday would have bleached the laws and automatically absconded from duties leaving their positions vacant.

He says that these strikes are contrary to the Complaints and Bargaining Agreement as well as the employment laws since their demands are catered for in the next Financial Year Budget of 2022-/2023.

Betty Amongi, the Minister for Gender, Labour and Social Development pleads to public workers to consider the government’s earlier commitment of enhancing their salaries in phases given the economic status of the country, citing Art Teachers who have also submitted their warning letters threatening industrial action.

Catherine Bitarakwate, the Permanent Secretary for the Ministry of Gender, Labour and Social Development says that the Finance Ministry only allocated 495bnshs for the salary enhancement of all the government workers in the coming financial year 2022-2023.

Posted: Saturday 28th May 2022 06:10:19 AM
Next:
Traffic Police to hang toll free numbers on public van for passengers to report speeding vehicle