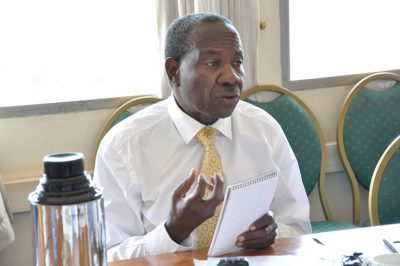 The Minister of Finance, Planning and Economic Development Matia Kasaija has this afternoon apologized to the legislatures for his utterance in media disowning the passing of Mobile Money tax by parliament without his consent.

This follows instructions by the Speaker of Parliament Rebecca Kadaga last week demanding Kasaija to produce a written apology for casting parliament into disrepute.

Prior to the reading of the National Budget, Minister Kasaija was quoted by the media saying that the 1% mobile money tax was passed in error.

While making his apology in parliament, Kasaija faulted the media that he was misquoted as he explained how the 1% came into the budget.

Meanwhile, the leader of opposition Winnie Kiiza insisted that Minister Kasaija must submit a written apology given that the accusation lowered the integrity of parliament before public.