Mayiga is worried over the quality of election come 2021 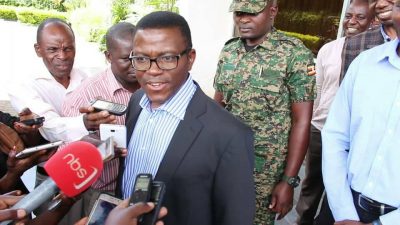 The Katikkiro of Buganda Charles Peter Mayiga is not convinced with the way the Electoral Commission has planned to conduct the next general elections.

Mayega says the announcement of allowing all people those with or without National IDs to be allowed to vote is raspy to violating the rules of holding a democratic election.

He said this during The 2nd Buganda Lukiiko of the 27th sitting that has taken place at Bulange mengo to take stork of their activities in the year ending 2019 and set new targets for the 2020.

He has however encouraged Ugandans to verify their names on the voters register and also get their National Identification Cards if one is to be prepared to participate in the election of their new leaders.

At the launch of the update of the national voters’ register for the  upcoming 2020/2021 Uganda general elections on November 21st 2019 the Electoral Commission Chairperson Justice Simon Mugenyi Byabakama said EC will register eligible Ugandan citizens of 18 years and above who are not registered as voters.

During the update exercise, registered voters who wish to transfer to new voting locations will be able to apply for such transfer and must present a confirmation where he/she originates from but hastened to say that even though someone does not have an ID he or she will be eligible to vote.

This announcement has been questioned saying that it might create a shortfall in the election.

Mayiga has also condemned school teachers and directors who have consistently defiled students, calling for stringent measures against them.

Previous:
SEGE Program to include the elderly from Kampala and Wakiso