Mao challenges party members on the support for People Power 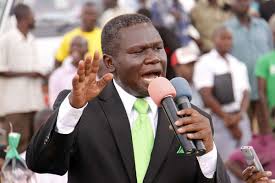 The Democratic Party-DP President Norbert Mao has warned his party members against being overridden by the growing political excitement of the People Power pressure group into violating the principles of their party.

Addressing a symposium of DP leaders from the greater Masaka sub region at Bwala Social Centre in Masaka municipality Mao cautioned the members especially the youth against overly being taken up by the temporary wave a political pressure group he says is not premised on clear principals.

His pronouncement was prompted by the fistfights that erupted at the meeting as DP youth members dressed in green T-shirts labeled with words; “DP SECURITY TEAM” deployed at the main entrance of the venue blocked counterparts with red berets for subscribing to the People Power political formation led by Kyadondo East Member of Parliament Robert Kyagulanyi Ssentamu, a.k.a Bobi wine a scuffle said to have been fueled by EALA representative Fred Mukasa Mbidde.

He urged DP members to support the pressure group with restraints and accept to be guided by the values of their mother party, if they wish to remain of relevancy in the politics of the country.

Mao also picked offence about some party members that have started belittling him of having a lesser political advantage compared to Robert Kyagulanyi in a political contest against president Museveni in the 2021 election.

He says such political conjectures may act against the much awaited negotiation towards having a joint opposition candidate against NRM, asking those fermenting them to stop it.