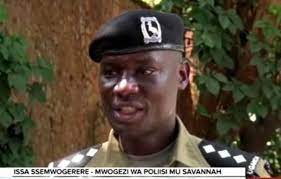 Police in Luwero district have arrested a woman for allegedly beheading her own one-week old child.

The suspect has been identified as Aidah Naluyange aged 30 years, a resident of Kakinzi village in Butuntumula Sub County. She is accused of cruelly beheading her own child identified as Mariam Nassonko aged only a week.

Salim Zimula Sserunkuuma, the Kakabala Parish Councilor says that Naluyange using a panga beheaded own child at around 6pm last evening, killing her on the spot and thereafter alerted her mother in law saying she had been possessed by the evil spirits.

Isah Ssemwogerere, the Savannah Regional Police Spokesperson says that police officers arrested Naluyange and detained her at Luwero Central Police Station as investigations into the murder commence. But while in the cells she attempted to commit suicide however Policemen guarding the cells responded quickly and stopped her, they later transferred her to Luwero Hospital for a medical checkup.

In a similar incident Residents of Katonto village in Ddwaniro sub-county are also in shock after a double tragedy in which one of their residents only identified as Katongole who is in his late-30s hacked his wife Rose Nakate to death with a panga before killing himself by hanging on a tree.

Muhammad Nsubuga, the Regional Police Spokesman, confirmed the incident saying they are investigating the matter.