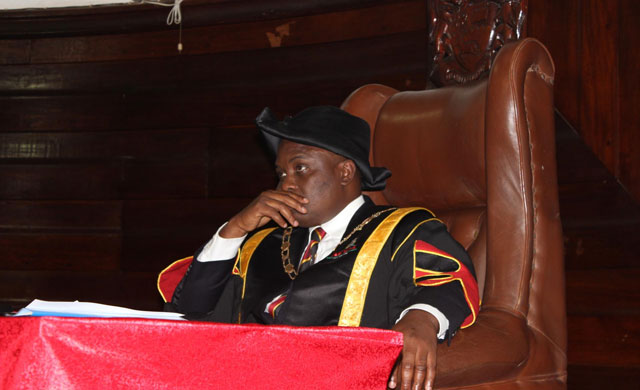 The High Court in Kampala  has dismissed an application in which city Lord Mayor Erias Lukwago was challenging the ban on election campaigns  in thirteen  districts.

The application has been dismissed by Justice Musa Ssekaana the Deputy head of the Civil Division on grounds that the electoral Commission was legally right to deny him fair hearing  as it was  trying to stop the spread of deadly COVID 19 .

Justice Sekaana has further revealed in his ruling that the electoral commission under Section 50 of the Electoral Commission’s Act, they have special powers in case of any emergency to suspend the election campaigns.

On December 26 2020, the  Electoral Commission  suspended campaign meetings in Kampala and eleven  other   districts and cities in the country due to the surging Covid-19 infections and persistent violation of Standard Operating Procedures (SOPs) by some political candidates and for that reason Lukwago petitioned court arguing that the directive by the Commission Chairperson  Justice Simon Byabakama  is illegal, irrational and violates his right to a fair hearing as he was not consulted before its issuance yet he is among those affected by the decision.

Court has also denied the award of costs as Lukwago had prayed.

Posted: Tuesday 12th January 2021 09:32:05 AM
Next:
Court sets date to decide on the mandatory registration of journalists.